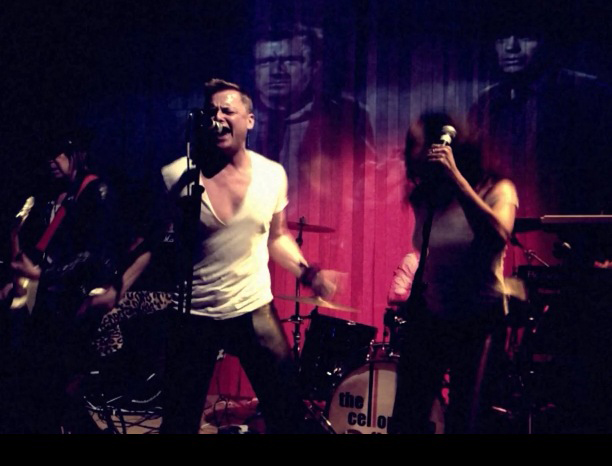 Kamp David have one thing that I will forgive about almost anyone – a total lack of shame or humility about their music. They are brash, arrogant, ‘naughty’ and there are at least four killer singles on the album.

Starting with a rush and a swagger and with all the camp braggadocio of Ziggy Stardust-era Bowie or Sweet. They come on like Boy George with a rock fetish and no matter what your sexuality or gender you cannot but help bouncing around the room. Leading straight into ‘Red Hotel’ you get to understand that these guys can actually play rock ‘Get You Sue’ is 3 and a half minutes of pure bitchiness – transformer era Lou Reed maybe – and then ‘Pain’ comes over all sensitive and ethereal backing chorus. They claim influences from the likes of Bolan, Bowie and the B52-s and then throw in Queen, Roxy and Alice Cooper and Japan. The seventies for the aughties generation – I love it to bits!