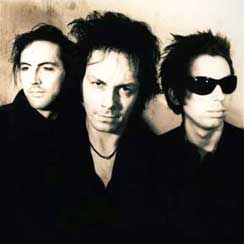 Industrial/rock/alt.country act that fuses Doors-style psychedelia and Velvet Underground garage sensibility organised around Johnny Marr-type guitar arrangements. Their second album (perversely) entitled ‘1’ is now available from Zube Records. The first album was called ‘2 by the way, and is also out on the Zube label. The third album is called three for some reason!