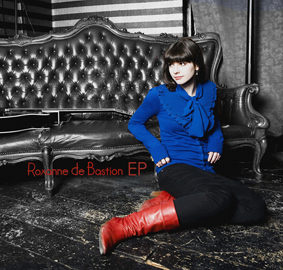 Originally from Berlin, Roxanne has made a name for herself across the UK as a vibrant, enticing performer; playing some of England’s most prestigious venues including The Cavern Club, The 100 Club and Glastonbury (2016) acoustic stage.

Her album ‘Heirlooms & Hearsay’ was released in 2017 to critical acclaim and is available to purchase on CD and vinyl.

You can’t buy her first two EP’s (Mono and the Roxanne de Bastion EP) as they are currently sold out but you can see (and buy) all her recent releases at www.roxannedebastion.com.